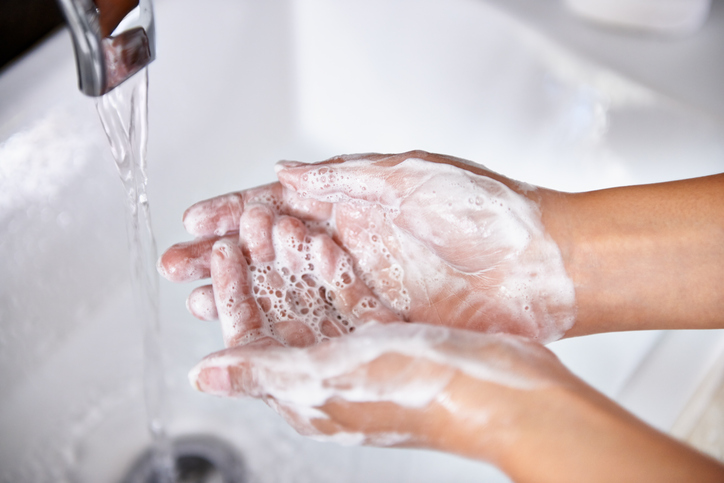 Richmond, VA (WWBT)—New legislation is paving the way for safer dining for people with food allergies. A bill requiring food allergy training in Virginia restaurants is just waiting on Gov. Terry McAuliffe’s signature. More than 11 million Americans suffer from food allergies, which can cause sufferers to stop breathing or have restricted airways. Every year, food allergies are responsible for
30,000 emergency room visits, 2,000 hospitalizations and 150 deaths nationwide.

The new bill asks for tougher requirements of the food industry, requiring a representative from each restaurant to get trained on allergies and on the signs that someone is having a problem. Virginia Department of Health officials say this new training will focus on the eight major allergies—milk, eggs, fish, shellfish, wheat, soybeans, peanuts and tree nuts. Classes about food allergies and common symptoms will be available online and through private companies, and there will be free options as well.

One person at each restaurant will have to attend that course, be able to name the allergens and identify symptoms of a problem. The rules will apply to anyone regulated by VDH.

VDH has a plan in place to enforce these rules, but that still needs approval. The bill doesn’t require any action from the restaurant after an allergy is identified, but people are encouraged to call 911.

In a statement, VDH said, “This bill assists the Virginia Department of Health in stressing the importance of food allergen awareness in restaurants. The requirements in Code help to ensure that food establishment employees have a solid understanding of food allergens and assist us in providing better educational
materials to the industry. The eight major allergens identified by the FDA as causing 90 percent of all documented food allergens in the U.S. are listed in the Virginia Food Regulations. They are milk, eggs, fish, tree nuts, wheat, peanuts, soybeans, and crustacean shellfish. The Regulations currently require that at a minimum the Person in Charge (PIC) demonstrate knowledge on major allergen foods and the symptoms of an allergic reaction. The Virginia Department of Health is in the rewrite process of updating the Virginia Food Regulations to coincide with the 2013 FDA Food Code. These changes will include mandating at least one PIC or employee with management responsibility attend a Certified Food Manager certification and depending on the complexity of the operation, attend a Food Handler’s Course. The courses emphasize the importance of food allergen awareness and the role the employee has in exercising food allergen precautions.
Precautions include: knowing symptoms; avoiding cross contamination, etc.

Del. Mark Keam, who sponsored the bill, said, “When this bill goes into full effect, Virginians who suffer from food allergies can be comforted knowing that every restaurant in the Commonwealth will have staff knowledgeable about food safety issues,” said Keam. “I want to thank my young constituent Claire Troy for coming To Richmond to testify on its behalf, as well as the Virginia Restaurant Association and Department of Health staff for working with me on this important legislation.”

The Food and Drug Administration (FDA) said it is delaying the December 1, 2016 effective date for enforcement of the government’s menu labeling regulations.
The agency issued a statement indicating federal menu-labeling requirements will not be enforced until one year after the FDA publishes its final guidance on the rule.
The rule will require restaurants and similar retail food establishments with twenty(20) or more locations operating under the same name and serving substantially the same menu items to post calorie information. Also, guest will be provided additional nutrition information upon request.
The FDA issued draft guidance for affected businesses in September 2015. It is still analyzing the feedback and has not yet indicated when the final guidance will be available. FDA appreciates the extensive input received from stakeholders throughout the process of establishing requirements for menu labeling and in developing guidance. Chains and grocery stores that sell prepared foods and other covered businesses said they needed more time to redo their menu boards, retrain workers and update software.
Restaurants scrambling to comply with upcoming federal menu labeling requirements now have a little more breathing room.

The Food Regulations were amended to be consistent with the current 2013 Food and Drug Administration’s (FDA) Food Code
and the Supplement to the 2013 FDA Food Code. Many of the changes simply refine and provide further clarity to their
existing regulations. Some of the Significant changes include:

How will you and your family be protected by the new actions taken by the U.S. Food and
Drug Administration (FDA) to keep your food safe?

The landmark FDA Food Safety Modernization Act of 2011 (FSMA) requires a new approach
to ensuring the safety of human and animal food and preventing outbreaks of foodborne illness.
Under the rules finalized to implement FSMA, food producers will be required to identify possible hazards and take steps---called “preventive controls”---to prevent or minimize them.

Here are five ways the FSMA rules will protect your health and that of your family:

Facilities that manufacture, process, pack, or store food will have to develop a detailed plan to
identify anything that could be a hazard to consumers in the way they make, pack, or store their
products. Facilities then must put preventive controls in place to minimize or prevent those threats. For example, facilities could take steps to prevent the growth of and/or kill bacteria that cause foodborne illness.

Another example is food allergens (substances that can cause an allergic reaction). If allergens
are identified as a hazard, the facility would pay particular attention to how equipment is cleaned
when it is used for more than one product so that allergens are not transferred from one food to
another. The food producer would also make sure that the product label identifies the possible
presence of food allergens. Unidentified food allergens are a major cause of food recalls.

Pets and people get better protection from tainted animal food.

With the Preventive Controls for Animal Food rule, the same detailed planning to identify and
prevent hazards in the production of human food will also be required of producers of animal food, including pet food.

Pet food manufacturers have methods in place to kill harmful bacteria. Therefore, it will be much safer for both the pet and for anyone handling the food. FDA expects reductions in the risk of serious illness and death to animal when hazards, such as harmful levels of substances in a product are identified and controlled.

Farms, unlike factories, are open environments and include elements that farmers can’t
necessarily control. However, the Produce Safety rules require actions that can, and must,
be taken to minimize the likelihood of contamination in ways that are practical and feasible for growers.

Farming conditions and methods for growing the same crop can differ widely from state to state,
So the new regulations focus on major paths of contamination that are common to all or most
farming environments. For example, there are standards for agricultural water, farm worker
hygiene and cleanliness, biological soil amendments (such as compost), and sanitation
conditions affecting buildings, equipment, and tools. These standards apply to both domestic and
imported produce. FDA believes that the produce rule will prevent hundreds of thousands of illnesses caused by contaminated fruits and vegetables each year.

There will be a greater oversight of foods imported from other countries.

The FSVP rule requires importers to assume greater responsibility to verify that the foods they import into the United States meet the same safety standards required of domestic producers.

Consumers can be more confident that their food is safe.

The five FSMA rules that FDA has finalized in fall 2015 (the two preventive controls rules, the
Produce safety rule and the two import rules) are part of a series of steps FDA is taking to move the food safety system from reacting to outbreaks to proactively preventing them. The ultimate
Goal is to give Americans confidence that they are bringing safe food to their table.

How is a TFE different from other types of food establishments?
TFEs typically operate with limited resources (water, electricity, wastewater disposal) and for a short duration.
Unlike permanent facilities, TFEs operate with equipment staged beneath a tent or similar open-air cover.
TFEs are often seasonal in nature and may operate at a fixed location such as a farmers market, or at an event or celebration including but not limited to—festivals, community fairs, music venues, sporting events, and other public gatherings.

Do TFEs need to comply with the Certified Food Protection Manager (CFPM) requirement
As specified in the Virginia Food Regulations, by July 2018, food establishments (including TFEs) will need to have at least one employee with supervisory and management responsibility and the authority to direct and control food preparation and service who is a Certified Food Protection Manager (CFPM). A “Food Establishment” by definition includes a “temporary facility or location where consumption is on or off the premises.”

Food Vendors -- When do I need a permit?
If you are planning on operating at a temporary event, you are required to obtain the applicable permit from the Local Health Department prior to operation. The permit must be posted where it can easily be seen by the public. A TFE permit is valid only for the specified permit period (up to 12 months) and is not transferable from person to person.
If you hold a valid permanent VDH Food Establishment Permit (restaurant, caterer, mobile food establishment, etc.) and are interested in also operating at a temporary event, you do not need to obtain an additional permit so long as all food is prepared in accordance with the Board of Health Food Regulations. The local health department in which you operate your permanent establishment needs to be aware that you also plan to operate at a temporary event.

Please visit the VDH website for additional information and laws/regulations associated with TFEs.